New twists in the ongoing case of missing Nora Gilbert

Few clues have been found in the on going search for missing local girl, Nora Gilbert.

However, it has now been discovered that Maren Digby, the young woman Nora was on her way to see the night she disappeared, has also been reported missing. Her father claims that he has not seen or heard from his daughter since June 1st. He states that he didn't report her missing sooner because he believed that she was on holiday with a friend. Maren had planned to leave early June 2nd for a remote beach town on the coast of North Carolina. Her father became worried when several weeks had passed without any word from her.

He then learned that Maren never left for her vacation.

There was a verbal altercation between Maren, Nora, and Bradley Somers on the night of June 1st. It is not known what happened after this and Mr. Somers can not be reached. Mr. Somers is deemed a person of interest in this case.

Nora's mother, Lacey Gilbert, informed police that she found a letter from her daughter that indicated Nora was going to see Maren. The letter also stated that Nora wasn't sure she would be coming home. Ms. Gilbert claims she wasn't concerned as Nora had made threats like this before. Though when she didn't hear from her daughter after twenty-four hours, Ms. Gilbert realized something was wrong.

Ms. Gilbert has released the letter in question in hopes that someone will be able to explain what happened to Nora. 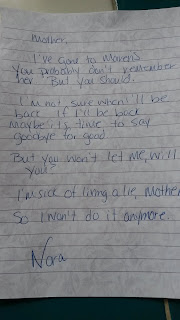 If you have any information about the disappearance of Nora Gilbert or Maren Digby, please contact the Blackfield Police Department.

Posted by A. Meredith Walters at 04:35 No comments:

Blackfield police continue to look for clues into the disappearance of twenty-year-old Nora Gilbert. She was last seen on June 1st at the south entrance of Waverly Park. It has been determined that Nora spoke with her friends, Bradley Somers and Maren Digby, just before 7:00pm. Eyewitnesses recall a confrontation between the three individuals on the evening in question. Police are asking that Bradley and Maren contact local authorities. 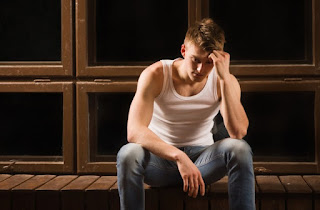 If you have any information about Nora, Maren, or Bradley please contact Blackfield Police Department 555-6677

The Missing- Volume I- Illusions COMING SOON!
A three part thriller series by A. Meredith Walters writing as A.M. Irvin

Getting to know Nora

Nora Gilbert is twenty years old and attends Blackfield Community College as a part time student. She has also been a member of the South River Baptist Church for over ten years and regularly attends bible study with her mother every week.

Nora is an avid writer. She won a regional poetry contest several years ago and has had her work published in the local paper.

Before her disappearance, Nora could often be found at Waverly Park, where she spent most days writing.

It's important to note that Nora has a history of depression. She has been on and off medication for the past five years.

Her mother has reported to authorities that Nora appeared "confused" and at times "disoriented" in the days leading up to her disappearance and there is significant concern for her wellbeing.

If you have any information in regards to Nora's disappearance, please contact Blackfield Police Department - 555-6677

A recent photo of Nora Gilbert taken by her friend, Bradley Somers 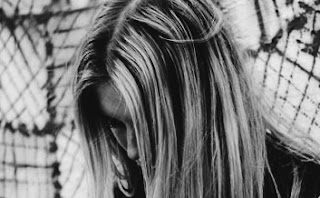 Posted by A. Meredith Walters at 05:37 No comments:

Few clues in the disappearance of Nora Gilbert

Nora Gilbert has been missing for two weeks and police are baffled over the lack of evidence. Nora disappeared from a very busy part of town well before dark. Many people were at Waverly Park at the time she went missing, yet eyewitnesses are few.

One eyewitness claims to have seen Nora at the southern entrance to the park near the wooded picnic area. However, the lack of forensic evidence leaves the police with little to go on.

She was expecting to meet her friend, Maren Laughlin around 7:45. Police want to speak with Maren about the night in question and are appealing for her to contact them as soon as possible.

Nora has several identifying marks including a recent tattoo of a red and black infinity on top of her left foot like the one below. The skin is still red and swollen and was covered with a bandage when she left home.

Our family is looking for any and all information. If you believe you saw something on the night in question, please contact the Blackfield Police Department- 555- 6677

We are still appealing to the public for any and all information in regards to Nora's whereabouts. Nora is normal height at 5'6", slender, with a slight limp and scarring above her lip. She is incredibly shy and won't talk to people unless spoken to first.

She was acting confused and mildly disoriented in the days leading up to her disappearance and we are concerned about her mental state.

Nora's glasses were found in Waverly Park near the stream. Nora has poor eyesight and has a difficult time seeing without them.

If you witnessed anything or have any information please contact Blackfield Police Department- 555-6677.

The Missing- Volume I- Illusions
COMING THIS SUMMER!

Posted by A. Meredith Walters at 08:03 No comments:

No leads in the disappearance of local woman

Nora left home around 6:45 on the evening of June 1st. She headed southwest along Primrose Street towards Ashland Avenue.

It is reported she was headed towards Waverly Park where she expected to meet her friend but never arrived at her destination.

Eye witnesses place her at the park shortly before 7:30.

She has not contacted family or friends.

If you have any information, or believe you saw something on the night in question, please call Blackfield Police Department - 555- 6677 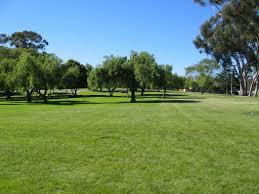 Email ThisBlogThis!Share to TwitterShare to FacebookShare to Pinterest
Nora Gilbert was last seen in Blackfield, Virginia on June 1, 2015 around 7:30 pm near Waverly Park. She is wearing a blue and white striped T-shirt and jeans. She may also be wearing a red stocking cap and glasses. She has noticeable scaring above her lip and a red infinity symbol tattooed on top of her left foot. 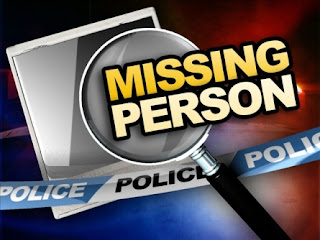 Posted by A. Meredith Walters at 07:26 No comments: 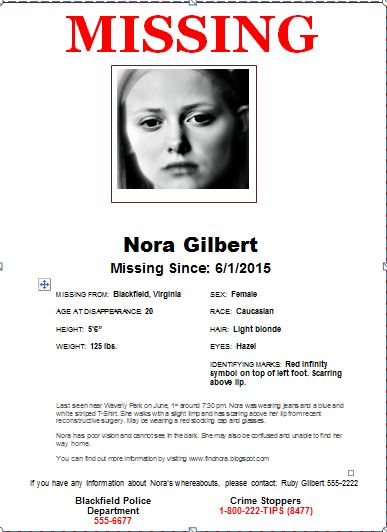